Record melting of the Greenland Ice sheet in 2019 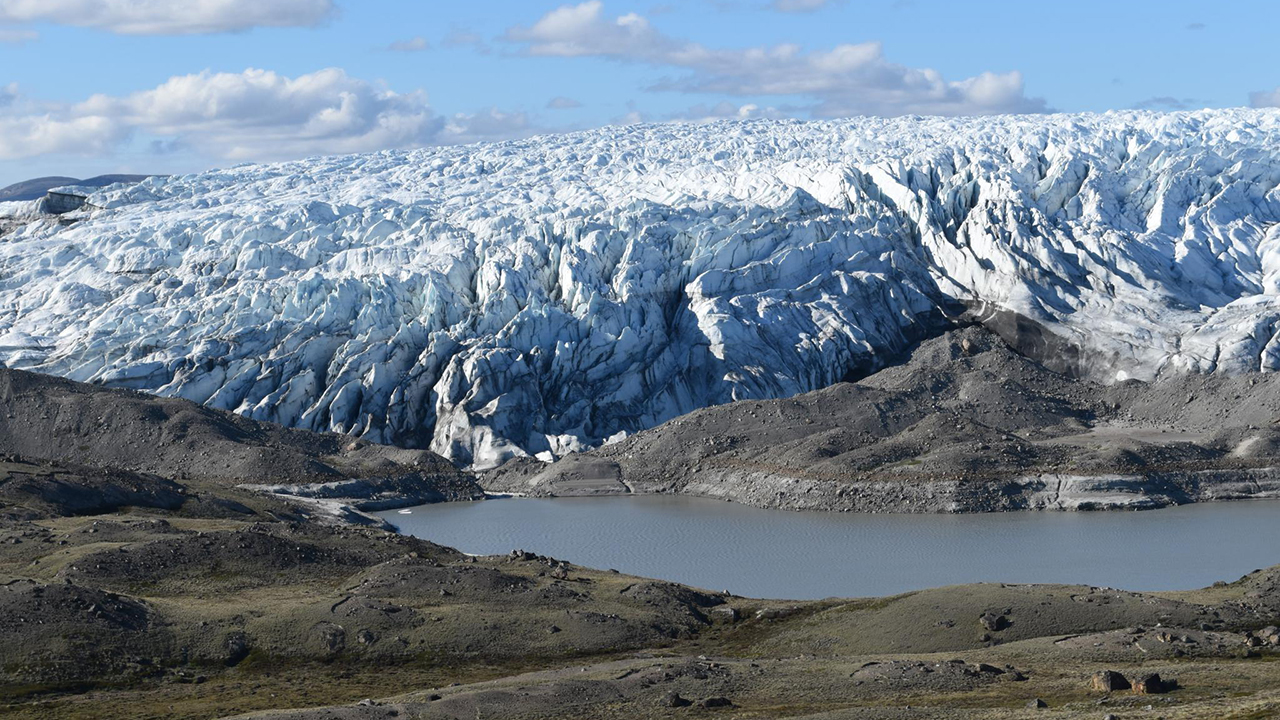 A scientific study in which Xavier Fettweis, climatologist at the ULiège, participated, shows that Greenland has recorded in 2019 a record rate of melting of its ice sheet. A sad record that is not only due to the rise in temperatures, but also to the anticyclonic conditions that prevailed over Greenland for most of the summer of 2019. The study reveals losses due to the persistence of high pressures in summer that are not taken into account by climate models and that could double the rate of melting.

he year 2019 will have been one of the worst years on record for the Greenland ice sheet, which lost hundreds of billions of tonnes of ice in the space of a year. According to a study in which Xavier Fettweis, FNRS Research associate at the ULiège Climatology Laboratory (UR SPHERES / Faculty of Sciences) participated, this unprecedented loss is not only due to higher temperatures. Indeed, the study identified exceptional atmospheric circulation patterns (anticyclonic conditions) which contributed in a major way to the rapid loss of mass of the ice cap. Climate models that predict future melting of the Greenland ice sheet do not currently account for these atmospheric changes in summer," says Marco Tedesco, a researcher at Columbia University and first author of the paper published in the journal Cryosphere. These models may well underestimate future melting by about half. "To arrive at this unfortunate conclusion, researchers used satellite data, ground-based measurements and climate models (such as the MAR climate model developed at ULiège).

Researchers found that while 2019 saw the second largest amount of runoff from melting ice (2012 was worse), it brought the largest declines in surface mass balance since records began in 1948. The surface mass balance takes into account ice sheet mass gains - for example from snowfall - as well as losses due to surface meltwater runoff.

So far, 2012 was the worst year for Greenland in terms of surface mass balance, with a loss of 310 billion tonnes compared to the 1981-2010 baseline. Yet summer temperatures in Greenland were actually higher in 2012 than in 2019 - so why did the surface lose so much mass last year? The scientific team found that this record loss of ice was linked to the high pressure conditions (called anticyclonic conditions) that prevailed over Greenland for most of the summer of 2019.

High pressure conditions prevented cloud formation in southern Greenland. The resulting clear skies let in more solar radiation that melted the surface of the ice sheet. With no clouds, the region had about 50 billion fewer tons of snow accumulation than what is usually added to the mass of the ice cap. This lack of snow also left black, bare ice exposed in some areas, absorbing more heat and greatly aggravating surface melting.

These atmospheric conditions have become more and more frequent over the last few decades," says Marco Tedesco. "It is very likely that this is due to the rippling of the Jetstream, which we believe is linked, among other things, to the disappearance of snow cover in Siberia, the disappearance of sea ice, and the difference in the speed at which temperatures are rising in the Arctic compared to mid-latitudes". In other words, climate change could make destructive high-pressure atmospheric conditions more common in Greenland.

The ice cap also loses hundreds of billions of tonnes when icebergs break off in the ocean," explains Xavier Fettweis. Under stable conditions, the gains in surface mass balance would be high enough to compensate for the ice lost when the icebergs break off. Under current conditions, calving far exceeds surface mass balance gains. Overall, it is estimated that the ice sheet has lost 600 billion tonnes in 2019, representing a sea level rise of about 1.5 millimetres. »

Current global climate models are not able to capture these effects of a larger jet stream. As a result, simulations of future impacts most likely underestimate the mass loss due to climate change. "It's almost as if half of the additional melt due to rising temperatures is missing," says Marco Tedesco.

The Greenland ice sheet contains enough frozen water to raise sea levels by up to 7 metres. Understanding the mechanisms that generate these changes in atmospheric circulation will be crucial to improve projections of how much water will flood the oceans in the future.

"This melting is a warning signal that we urgently need to change our way of life to curb global warming, as IPCC projections are likely to be a little too optimistic for the Arctic," concludes Xavier Fettweis, adding that atmospheric conditions are probably not due to natural climate variability and could be influenced by global warming. 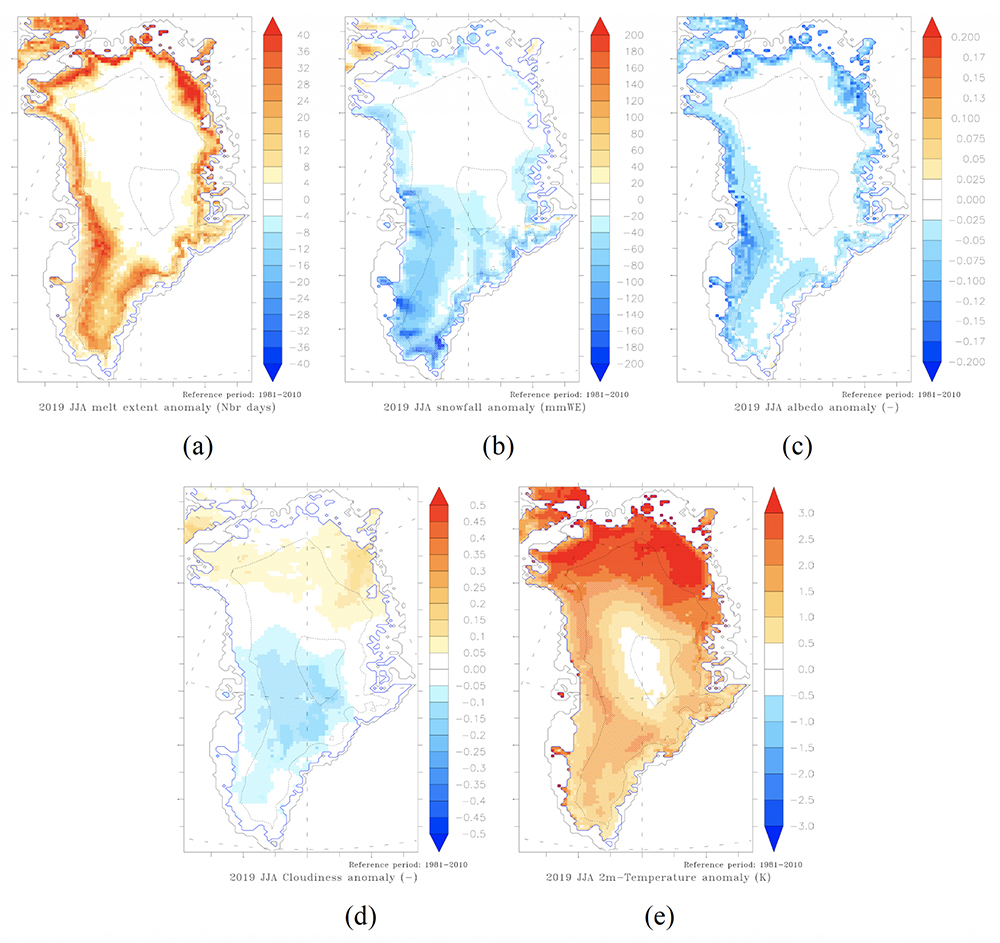