as simulated by the regional climate model MAR 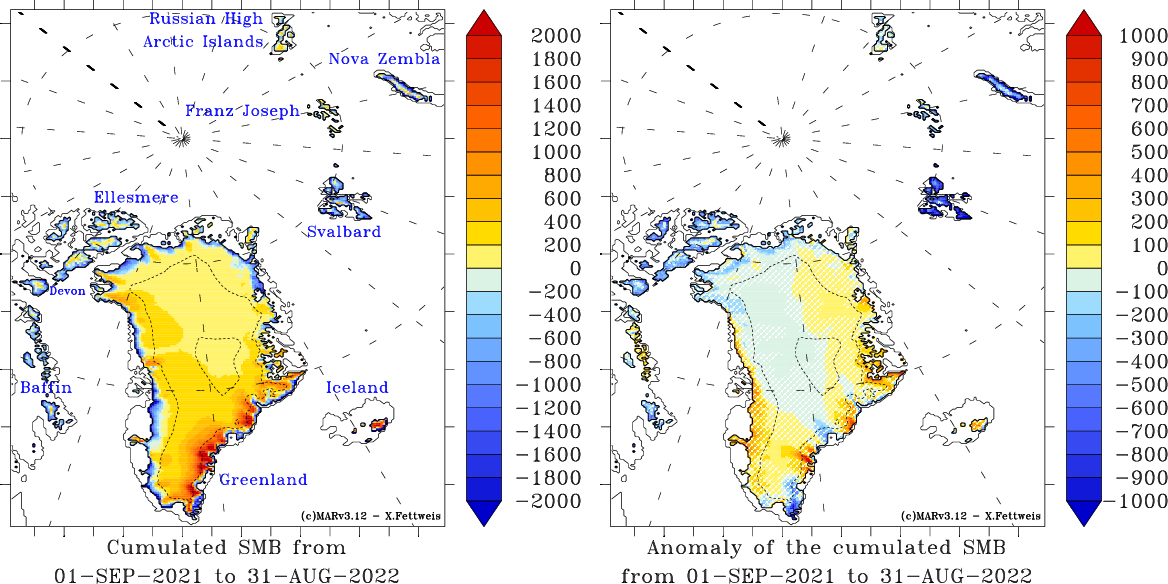 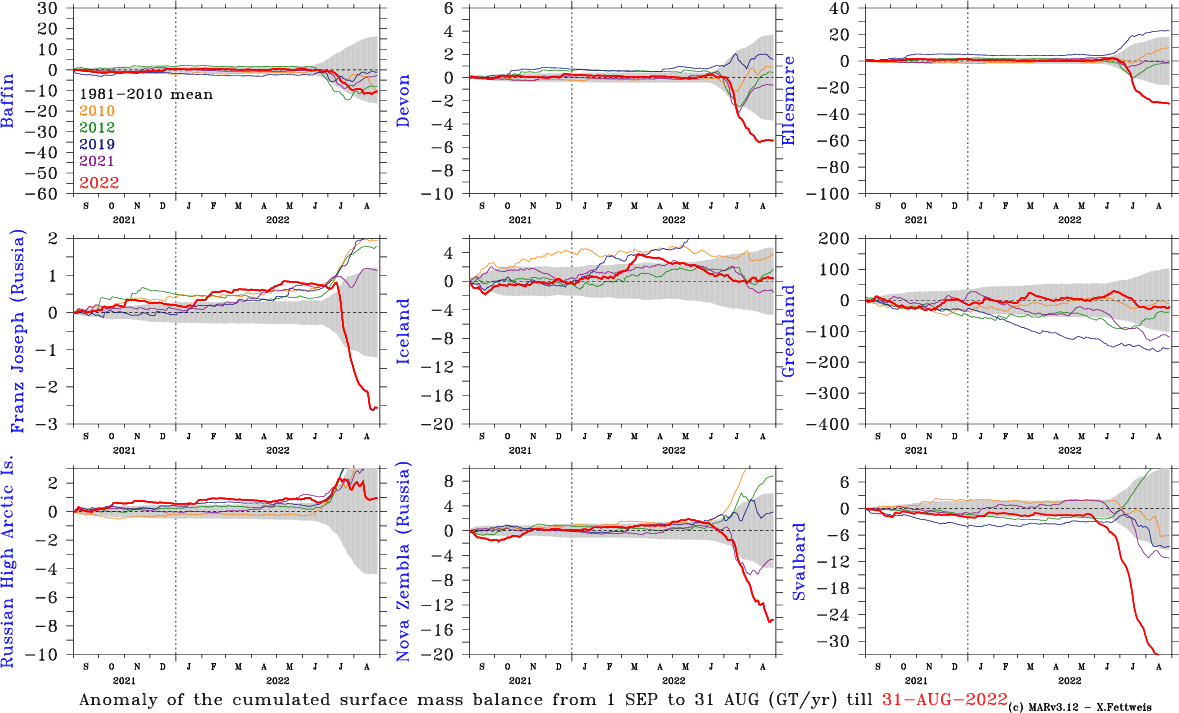 Fig 2: Time series of the anomaly of cumulated Surface Mass Balance (SMB) over the Baffin, Devon, Ellesmere, Russian Arctic (Franz Joseph, Northern Land (Russian High Arctic Islands) and Nova Zembla), Greenland and Svalbard ice caps in GT simulated by the regional climate model MAR (version 3.12.1, run at a resolution of 15km) forced by the ERA5/GFS. The gray shading area represents the 1981-2010 standard deviation around the 1981-2010 average. Negative anomalies mean that sea level rise contribution.
Finally, it is important to note that these numbers are 1st estimates that should be confirmed with MAR forced by ERA5 at higher resolution (<10km) as 15km is not enough to resolve the small ice caps. 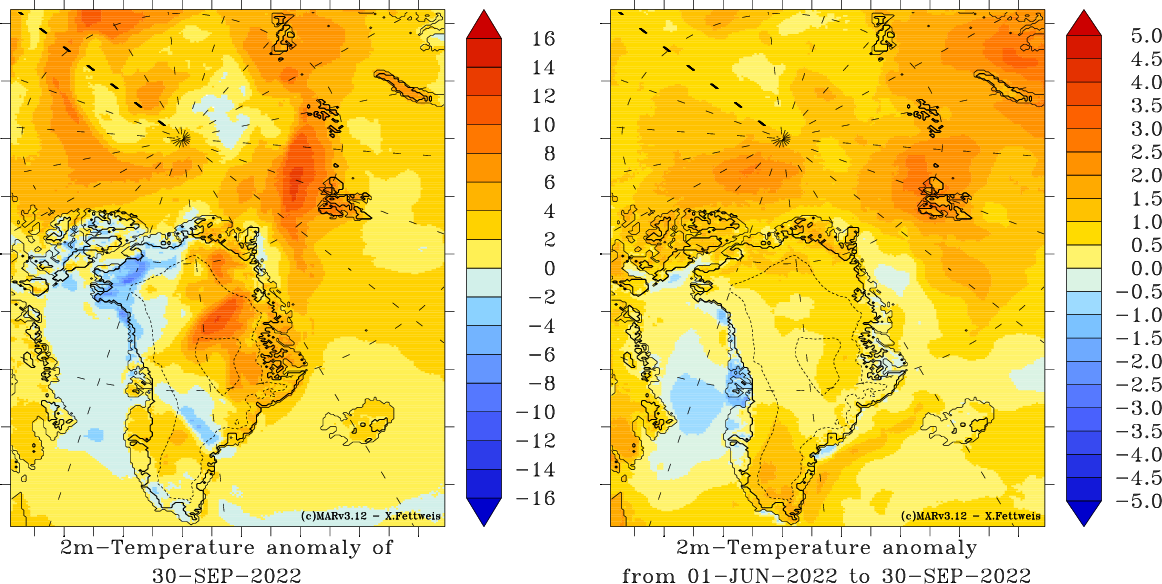 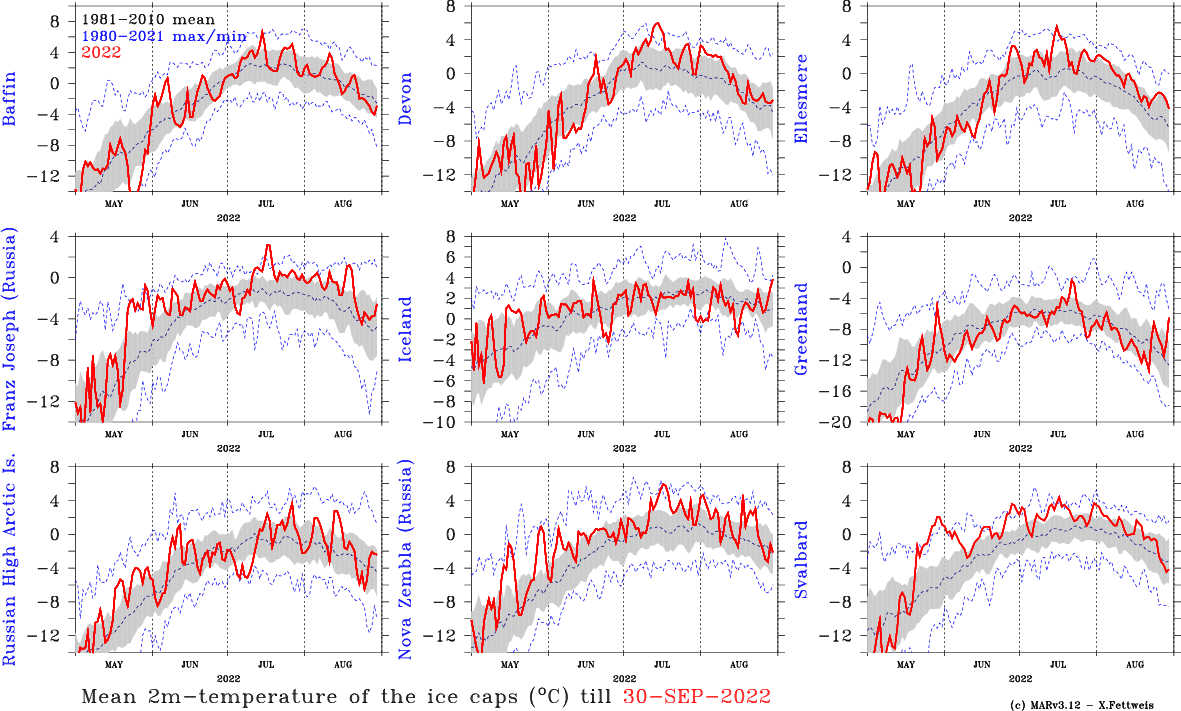 Fig 4: Time series of the 2m-temperature averaged over each ice cap. The no permanent ice area is is not considered here. 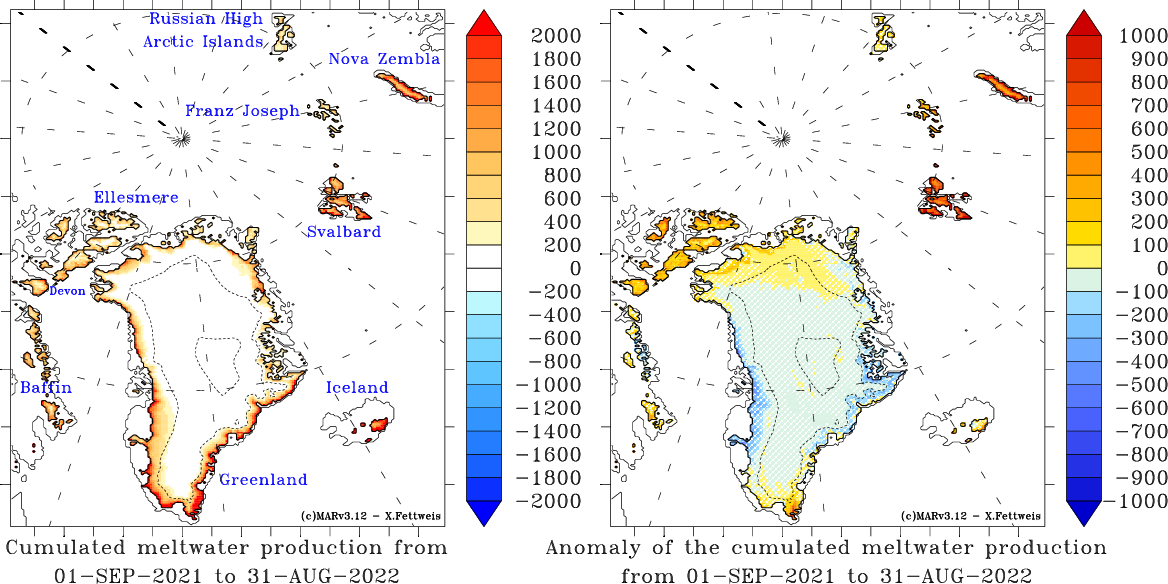 Fig 5: Same as Fig 1 but for the cumulated meltwater production (mmWE). A part of this meltwater is retained by the snowpack and does not runoff into the ocean. 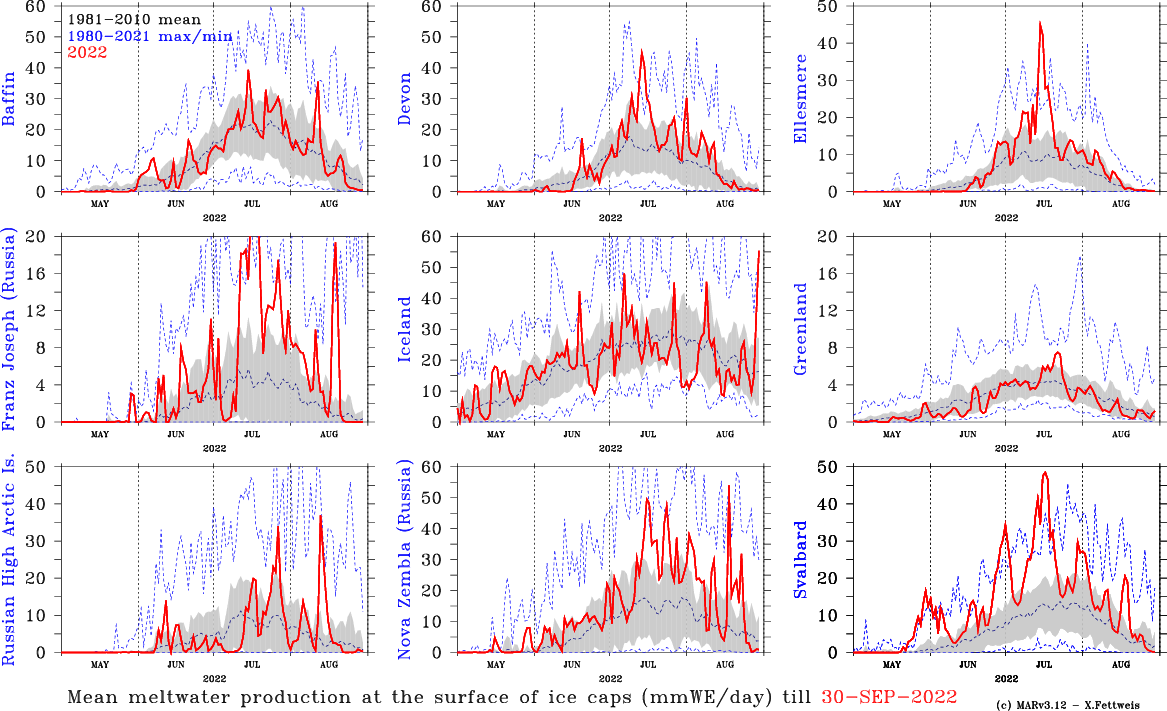 Fig 6: Same as Fig4 but for the mean meltwater production averaged over each ice cap/sheet (mmWE/day).