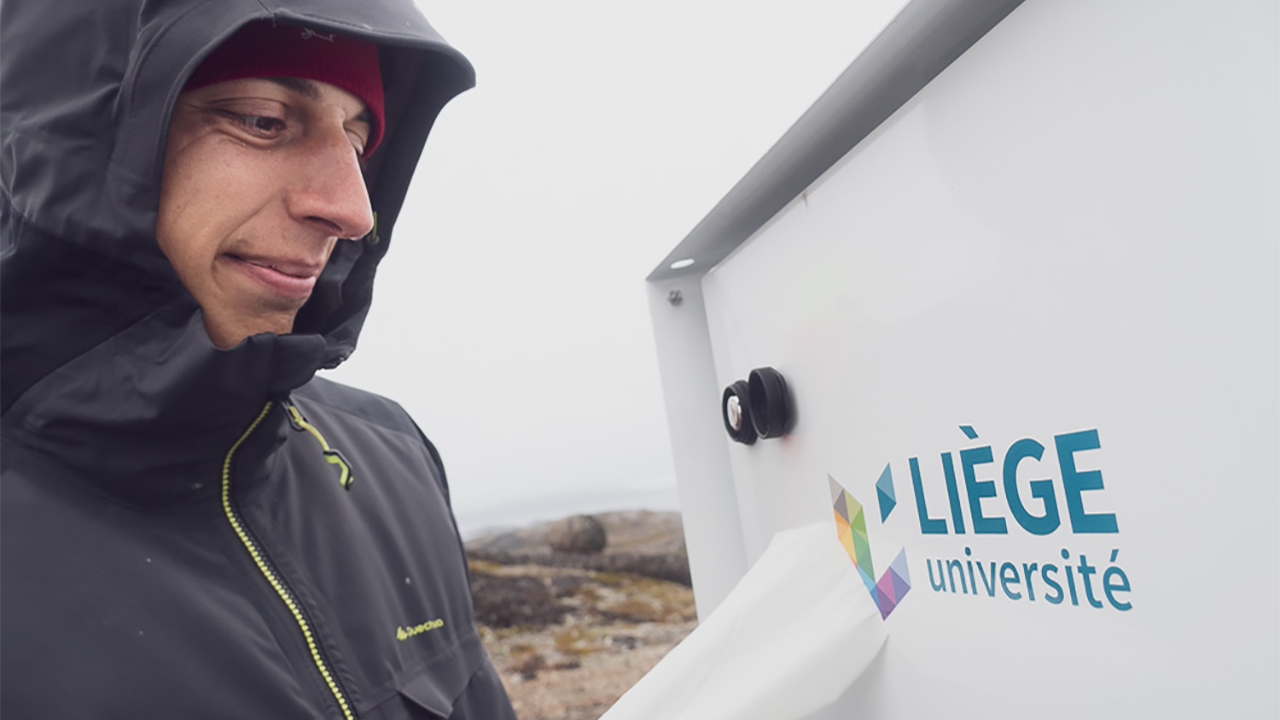 The first station of the ULiège KATABATA project was finally installed this Tuesday. After having carried out a "blank" assembly, the crew of Northabout was able to reach the first point, located in the south of Greenland, and proceed with the assembly of the first station. The two other stations will be installed in the next few days. Relief.

e almost didn't believe in it anymore! Michaël Fonder, a young engineer from the ULiège, helped by the rest of the Northabout crew, was finally able to install the first weather station of the KATABATA project. In spite of the many problems encountered by the crew from the very beginning of the expedition (SARS-CoV-2 infection, quarantine, departure delayed by several days due to capricious weather), but also the difficulties encountered in the supply chain of the stations (late delivery, change of routing, change of delivery location, storms) the stations were finally delivered and received in Narsaq, in the south of Greenland, at the end of last week. Michaël Fonder, in charge of the proper implementation of the project on site, and his colleagues from the Unu Mondo expedition, into which ULiège was integrated as part of this project, were able to check the equipment, but above all to carry out a "blank" assembly before loading the stations on board the yacht.

The crew left the port of Narsaq on Monday morning, heading for the first of the three station installation points. These locations, difficult to access, were carefully chosen by Pr Damien Ernst and Xavier Fettweis, researchers at the ULiège and leaders of the KATABATA project, for the advantages they offer in terms of wind potential measurement. The first two stations will be installed on the ocean's edge, including one on a small island, where the MAR climate model has identified wind maxima.  The third station will be installed in a glacial valley, located at the bottom of a fjord several tens of kilometres long, and potentially able to shelter quite exceptional (permanent) wind regimes.

The first stage of the project was therefore a success, as the team was able to proceed with the installation of the first station, despite inclement weather conditions. Xavier Fettweis, FNRS researcher at the SPHERES Research Unit (Faculty of Sciences) of the ULiège confirms the reception of the first scientific data. The stations are in fact programmed to send the recorded data (wind speed, temperature and humidity at a height of 10 metres) every 20 minutes via a satellite connection to a ULiège server. 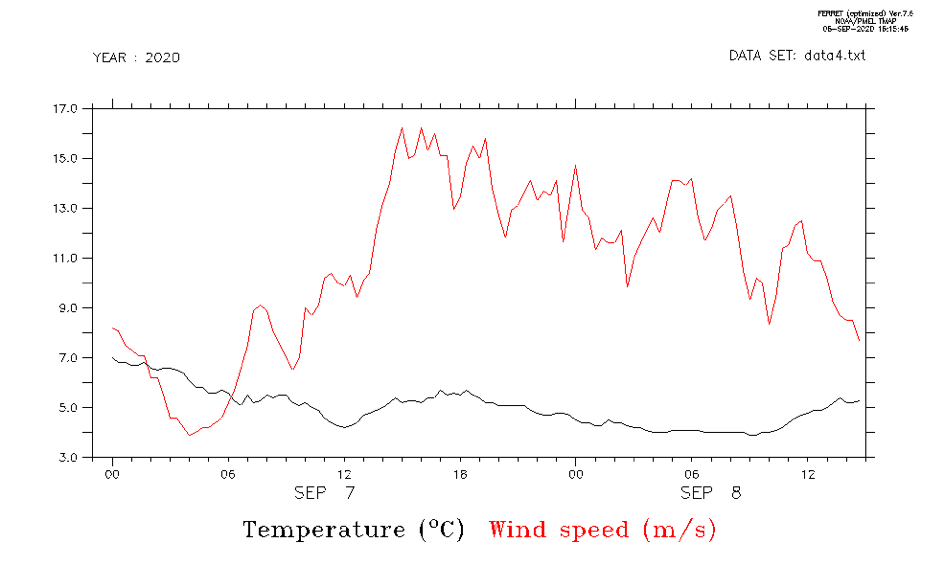 I have to admit that this project has already given us a few cold sweats," explains Damien Ernst, engineer and professor at the Montefiore Institute (Faculty of Applied Sciences) - of the ULiège, "but we are now reassured and are keeping our fingers crossed that the installation of the two other stations will go well, but above all as soon as possible". Indeed, the summer season is coming to an end in Greenland and the crew will have to pay particular attention to the decrease in  temperatures with the first snows announced by the MAR model in this region, and to the possible storms they might encounter in the North Atlantic when they return to Europe. 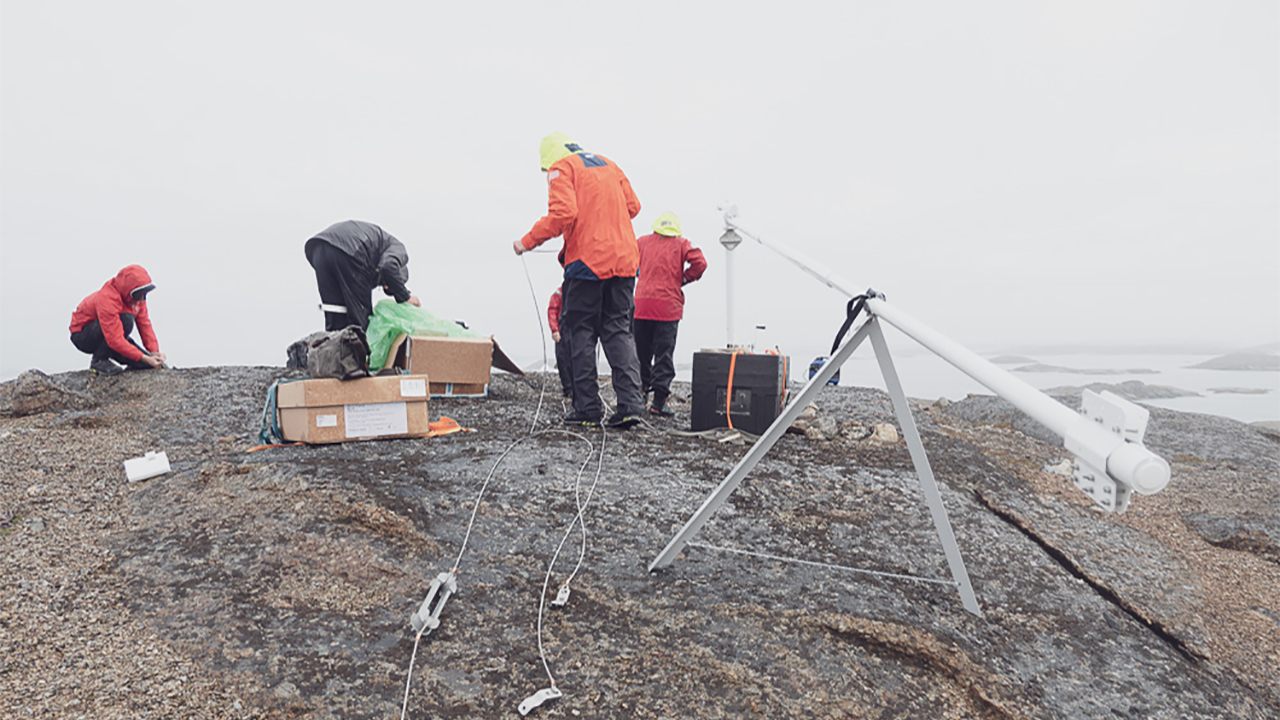 The first station of the ULiège KATABATA project was finally installed this Tuesday. After having carried out a "blank" assembly, the crew of Northabout was able to reach the first point, located in the south of Greenland, and proceed with the assembly of the first station.